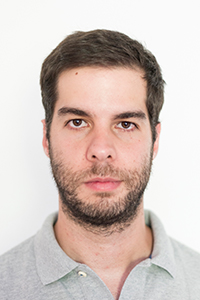 Ricardo FIGUEIREDO (ESR 7) performed his Ph.D. studies at GenXPro GmbH under the supervision of Dr. Peter Winter and in cooperation with Amaia Belloso (ESR4) and Dr. Stefan Liebner from the Goethe University, Frankfurt.

During the Ph.D. project, he developed new methodologies that enables to accurately study small and messenger RNA from samples containing minute amounts of nucleic acids. The innovative methodologies are commercially available by GenXPro GmbH. They are being used in several fields of biology and included in a number of scientific publications (e.g. doi: 10.3390/biom9110666).

During the project, he studied small RNA content of blood from Alzheimer’s disease AD mouse models. He identified biomarkers that have been related to the development of AD. Additionally, he studied the genetic regulations mediating the blood-brain barrier dysfunction in AD, with a special focus on the miRNA-mediated post-transcriptional regulation. These results will be published soon.